2021 will mark Meg Fuller’s rookie season in Stafford Motor Speedway’s ultra-competitive SK Light Division. Her sights are set on visiting victory lane on the road to capturing the coveted ‘Rookie of the Year’ honors.

Building on past successes, Meg’s on track efforts are supported by partners Propane Plus, Interstate Transmission, Lincoln Tech and Polar Mechanical.

Looking back on the 2020 season, even a global pandemic didn’t stop Meg's winning ways as she captured FOUR WINS in Stafford's Street Stock division - bringing her a total of 10 wins in just three short years. While the series championship was ripped out from under her in turn 3 on the last lap of the season, she notched a third place finish in the points battle and was ranked third nationally in the Advanced Auto Parts Weekly Series Division 5 standings (the highest finishing female ever in the standings).

Meg began her racing career at 6 years of age driving Quarter Midgets at the Little T Speedway (Thompson, CT). Advancing quickly through the Quarter Midget ranks, Meg built a strong foundation by notching victories in every class in which she competed.

Meg is proud to continue her family’s winning tradition. Meg’s father, Rick, has 20 wins on the NASCAR Whelen Modified Tour (putting him seventh on the all-time win list); and was the 1993 series champion. Her uncle, Jeff, sits fifth on NASCAR’s WMT Tour all-time win list (credited with 31 visits to victory lane); was the 1992 WMT series champion; and won the 1995 Busch (now NASCAR Xfinity) Series ‘Rookie of the Year.’

Meg is 19 years old and is attending Nichol College where she studies business, with a minor in entrepreneurship and marketing. Her goal is to continue to advance through the ranks while representing winning female racers as she climbs the NASCAR ladder.

If you can’t make it out to the track, be sure to tune in to FloRacing’s season-long streaming coverage of Stafford’s events.

Click below to check out Meg's article in the Worcester Telegram 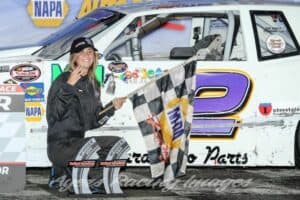 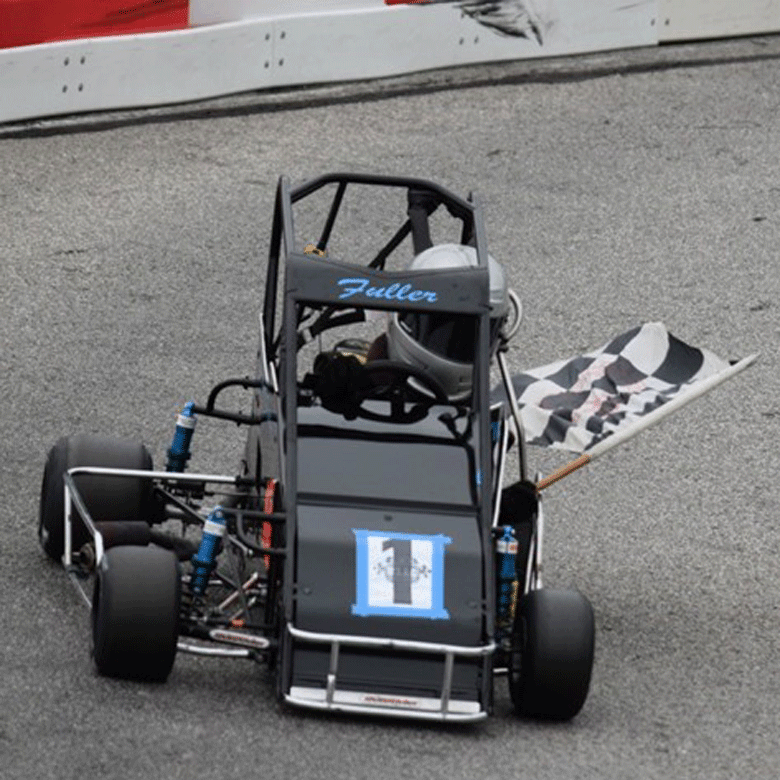 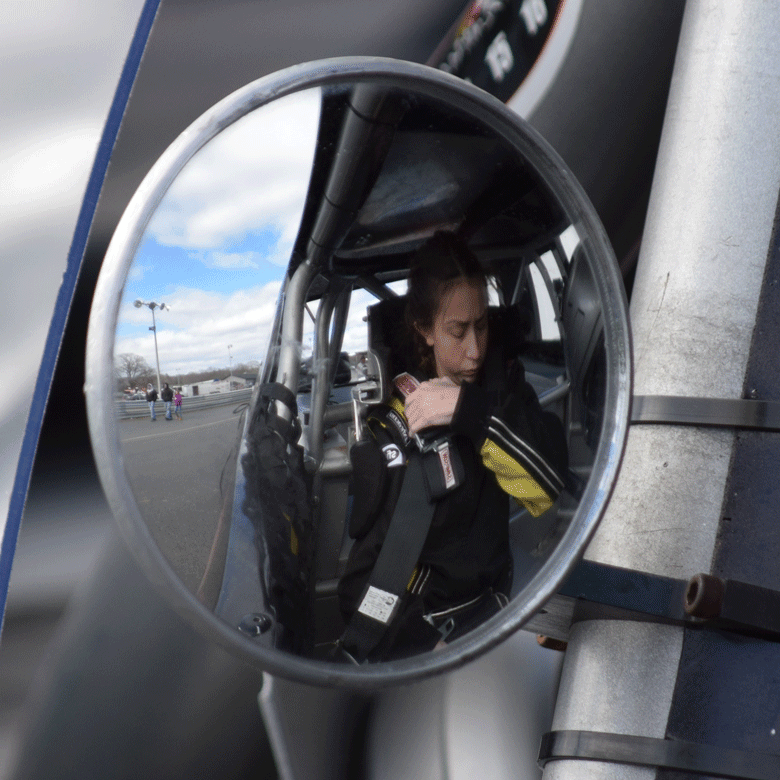 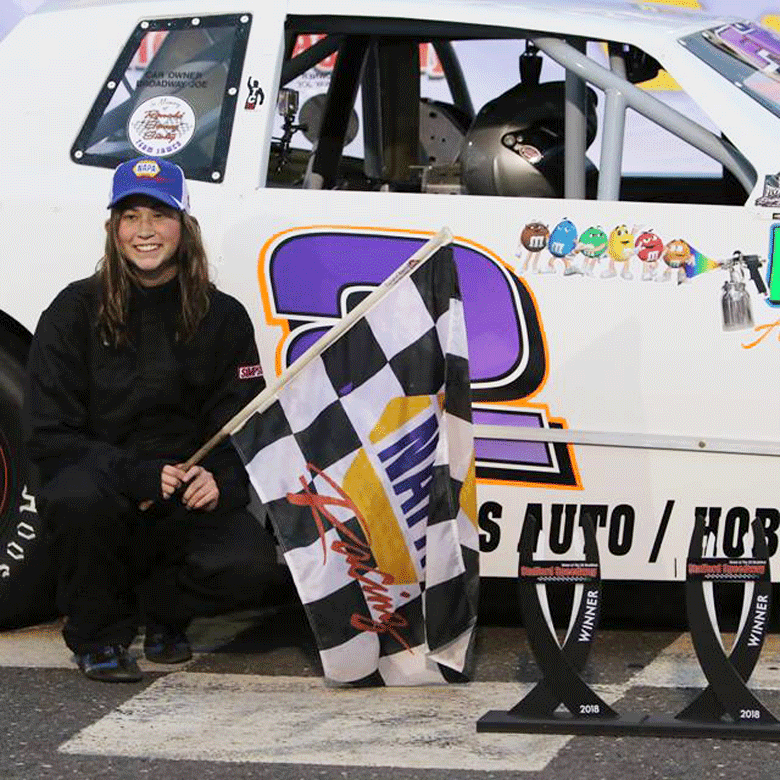